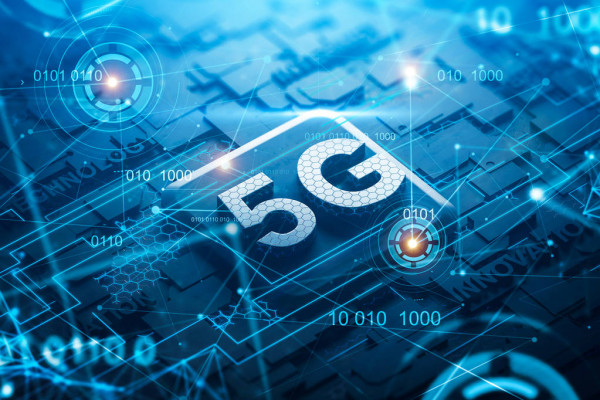 Today, the Helium network, also known as “The People's Network”, has more than 28,000 access points (hotspots) in more than 3,800 cities around the world. There are also over 200,000 Hotspots awaiting delivery that will soon be deployed. The Helium network is set to become the world's largest and fastest growing network, with a forecast of over 600,000 Hotspots in the next 18 months. But today Helium announces a new chapter and an important step for the network: the path to 5G!

On April 14, the Helium community voted to adopt HIP 27, which paves the way for the Helium network to become the first 5G consumer-owned network in the world.
5G will be the second major wireless network supported by Helium. If you have a latest generation phone that supports 5G, like an iPhone or Samsung Galaxy, you'll soon be able to connect through Hotspots powered by your neighbor for example!
5G is one of the most important technologies of this decade. Everyone wants and needs a faster internet connection.
But building a 5G network is extremely difficult. In many ways, it has many similarities to building an IoT network. A 5G network will need many more access points (hotspots) than current deployments, which means setup can be difficult in dense urban areas. Deploying a 5G network across the country is very expensive and leads to uneven coverage areas (cities VS countryside). These two problems can only be solved by 5G compatible access points, deployed by consumers / users. The idea being to be much cheaper than the existing telecom infrastructures.

To accelerate the movement, Helium has signed a partnership with FreedomFi, a company that makes open source 5G devices. FreedomFi has announced the establishment of a waiting list for the presale of the first batch of “FreedomFi Gateways”, a Hotspot which combines a 5G antenna and which is compatible with the Helium network. This gateway can be considered the very first generation of 5G Hotspot. 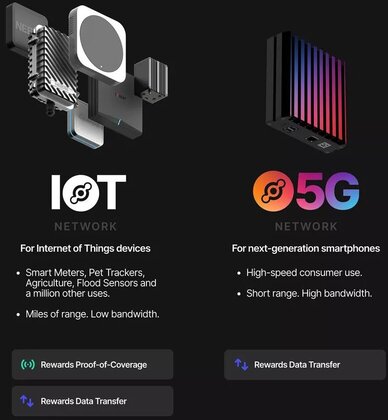 # The FFi gateway will automatically be equipped with a LoRaWAN module and will also serve as a standard Heliium hotspot, with rewards in HNT.

# It will cost 500 $ base, between 1'000 and 5'000 $ depending on the 5G module equipped. It is therefore a significant investment.
~ # It will have several antennas, one for the LoRaWAN part. CBRS / Wi-Fi mining to offload operator traffic will require the connection of a separate CBRS or Wi-Fi radio to the FFI gateway. The gateway comes with 4 Cat6 Ethernet ports, this is where you will plug in the CBRS / Wi-Fi radio.
# FreedomFi is currently working with a few radio vendors to certify them with the FFi gateway (and make them more or less ready to use). For now, you can buy CBRS radios from sites like ispsupplies.com. They can all work “technically” with our gateway, but some are quite difficult to configure.
# The 5G radios that you will host will be used by partner operators in the form of network roaming to offload their main networks (see the article by Wikipedia).

# There will also be a resale of SIM cards via FreedomFI (and later eSIM cards) to connect to your own Helium network. You can also distribute them to your neighbors and earn HNTs with their data;). There is also a function in some recent phones (like iPhones) called DSDS (dual Sim, dual standby) where you can have an eSIM from the Helium network and a physical SIM from your traditional operator (Orange, Verizon, Free, Swisscom ...) and allow your phone to dynamically switch between networks based on coverage and your settings.

# You will need to be in a relatively populated area to be sure that your FFi gateway is used to offload traffic from local operators. For the moment, we are still in the process of integrating the operators / roaming partners.

To put it simply, it will be a standard Helium hotspot with the possibility of adding a 5G cellular radio or a Wi-FI access point and obtaining the associated rewards. We can therefore imagine a new form of rewards linked to this part.

HNT gains can be combined with both technologies. For the moment it will only be available in US territory. In France it is far enough to arrive, 5G CBRS is under the control of ARCEP which does not address public networks (on national territory)

Do not hesitate to join our discord server

to talk about it !